Today is a big day for the Mac community–we’re excited to announce that a preview of the new Office 2016 for Mac is now officially available! Click here to give it a try and please send us your feedback.

Office 2016 for Mac is powered by the cloud so you can access your documents on OneDrive, OneDrive for Business and SharePoint at anytime, anywhere and on any device.

Cloud connected with OneDrive, OneDrive for Business and SharePoint.

Similar to our recent announcements of universal Office apps for Windows 10 and Office for Android tablet, Office 2016 for Mac shares an unmistakably Office experience–but it is also thoughtfully designed to take advantage of the unique features of the Mac. The new apps offer full retina display support with thousands of retina-optimized graphics, full screen view for native immersive experiences, and even little Mac affordances like scroll bounce. While there are too many new features to cover in a single blog post, here’s a quick overview of a few of the highlights.

Mac users can join the Office Insider program via the Microsoft Auto Update tool. To access it, just start an Office 2016 for Mac program, then select Check for Updates on the Help menu.

The new Office 2016 for Mac includes updated versions of Word, Excel, PowerPoint, OneNote and Outlook–and the moment you open any one of the apps, you’ll immediately feel the difference. We’ve modernized the user experience and made it easier to get things done. The redesigned ribbon intuitively organizes features so you can quickly find what you need quickly. A refreshed task pane interface makes positioning, resizing, or rotating graphics easy so you can create exactly the layout you want. And new themes and styles help you pull it all together to produce stunning, professional documents.

Word’s state of the art editing, reviewing and sharing tools make authoring and polishing documents easy. The design tab allows you to manage layout, colors and fonts across a document, and the navigation pane helps you refine the document structure and efficiently navigate to points of interest. Threaded comments turn editing cycles into conversations, so you spend less time trying to connect the dots.

Excel—analyze and visualize your data in new and intuitive ways

With the new features in Excel, you’ll be telling your data’s story in no time. Charts, graphs, keyboard shortcuts and data entry enhancements (like formula builder and autocomplete) immediately make you more productive. And support for Excel 2013 (for Windows) functions ensures that you can easily share files across platforms. The new Analysis ToolPak offers a wide range of statistical functions, including moving averages and exponential smoothing, and PivotTable Slicers help you cut through large volumes of data to find patterns that answer questions.

Walk into your next presentation with complete confidence. PowerPoint’s new Presenter View is like mission control for your presentation–displaying the current slide, the next slide, notes and a timer on your Mac, while projecting only the presentation to your audience on the big screen. A new animation pane helps you build your presentation faster, and new slide transitions ensures the finished product is polished and professional.

Outlook—enjoy a mail experience that works fast and looks great

Managing your email has never been easier. The recently released Outlook for Mac is also a part of the preview suite and uses push mail support to deliver an always-up-to-date inbox. The improved conversation view automatically organizes your inbox around threaded conversations, so you’ll never hunt for related messages again. And the new message preview gives you the first sentence of an email just below the subject line so you can quickly decide if you want to read it now or come back later.

OneNote—harness your thoughts in your very own digital notebook

Never forget again with OneNote. Capture, organize and share your ideas with digital notebooks that you can access on any device. Use tags like “To Do” or “Important” or “Question” to add structure to your notes, and find things quickly with a powerful search engine that tracks your tags, indexes your typed notes and uses OCR to recognize text in images and handwritten notes.

As you can see, there’s a lot packed into this preview release, and we’re excited to share it with the world. It’s not only full of new and improved features, it’s another proof point of our commitment to cross-platform support and a consistent experiences across devices. Unmistakably Office, but thoughtfully designed for the Mac. 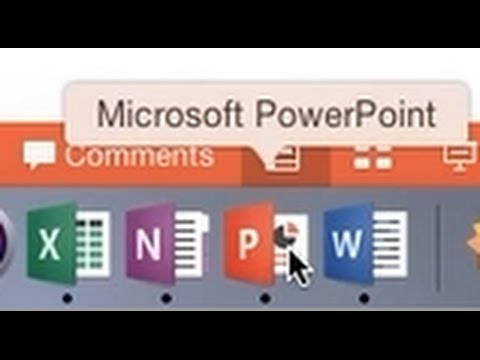 But don’t take our word for it: Download the apps today and tell us what you think by sending us a smile from the top right of your app screen! We’re looking forward to hearing from the Mac community and will use the feedback to finalize the product for release later this summer.

For the last 12 months, Microsoft has focused on getting its flagship Office suite on screens where it's never been before—iPhones, iPads, and Android tablets. The Office for OS X apps were left behind, though. Microsoft released a new version of Outlook and an official OneNote client, but the core Word, Excel, and PowerPoint apps were stuck back in 2010.

That changes today. Microsoft has just released a preview of Office 2016 for Mac, a suite which will include the current versions of Outlook and OneNote alongside newly updated versions of Word, Excel, and PowerPoint. The preview runs on OS X Yosemite, it's free to use, and it includes a tool for providing feedback to Microsoft. Once the final versions of the apps ship 'in the second half of 2015,' users with Office 365 subscriptions will get the new apps immediately. There may be some kind of standalone version available for those who want it, but Microsoft hasn't said.

The new apps take the styling introduced in OneNote and Outlook for OS X and apply it to the other apps in the suite. The ribbon interface now more closely resembles the one in Office 2013 for Windows—Office for Mac 2011 was closer to its Windows counterpart than older versions, but it still looked like a product from another company. The apps integrate much better with OneDrive than the previous versions did, and they support the standard collaborative editing features present on other platforms. All apps also play nice with OS X-specific features, including Full Screen mode, sandboxes for apps, and Retina display support.

Interested users can download the beta here, and it can be installed alongside Office 2011 if you're not comfortable doing all your work in beta software. Microsoft's auto-updater will patch the apps as new versions are available. Microsoft says that each build will expire after 60 days, so don't expect free software in perpetuity.