The Sparrow Michigan Athletic Club’s exercise class for those with Parkinson’s Disease figures prominently in a new Lansing State Journal story on former Lansing Mayor David Hollister. Get a JUMP on your fitness resolutions! Friday, December 30, 2016 Plus experience all the MAC has to offer with a FREE week of fun and fitness! We know that staying fit and active is our best way to build a strong immune system and stay healthy. Due to the MAC closure, we are happy to partner with Les Mills to offer a free online workout option, to help keep you active during the Coronavirus outbreak. This platform offers 95.

Mac OS X users are about to have a new option for a native Cocoa e-mail client—as long as they use the IMAP protocol and prefer a very spartan user interface. Called Sparrow, the app's developers recently launched a public beta to get some feedback on the features and design. With over 20,000 downloads in just one day, the developers are scrambling to massage the beta into a 1.0 release and answer the massive flood of user feedback.

We spoke with Dominique Leca and Dihn Viêt Hoà about their motivation to create a Mac OS X e-mail client, fueled by innovative iPad apps and frustration with vaporware projects. We also spent a little time with the beta of Sparrow to check out its Twitter-influenced user interface. 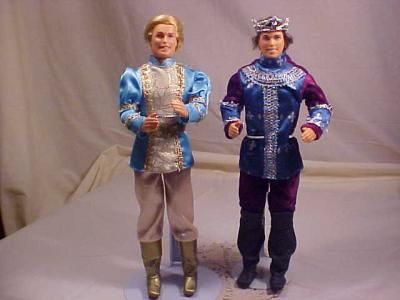 Leca cofounded an iOS development studio in Paris two years ago and hired Dinh, a former Apple software engineer, to code for the company. Two years later, both left to pursue other opportunities and decided to collaborate on Sparrow as a side project. Neither were prepared for the project to be so popular.

'We were amazed by the way Sparrow was received, and we weren't imagining that it could make so much noise,' Leca told Ars. 'We're gearing up to make a final 1.0 version of Sparrow, thanks to the amazing feedback we have had.'

When he was at Apple, Dinh had worked on iCal and later iSync. He was also heavily involved in the development of the open source e-mail library libEtPan.

That library was used to build an open source Cocoa wrapper called MailCore, designed to be the basis of a Mac OS X IMAP client called Kiwi. Unfortunately, Kiwi has yet to materialize as an actual software product. However, both etPan and MailCore have been used in other Mac and iPhone e-mail clients, such as reMail and Notify. In fact, MailCore was considered as an option for another e-mail client project that was launched earlier this year called Letters.

Dinh had followed the early initial rush of work on Letters, but wasn't happy with the choice of MailCore. He felt that as the main developer of etPan he could make a better library, which he calls etPanKit, and planned to offer its use to the Letters project.

However, Dinh's offer was ultimately turned down. 'First, it was decided not to integrate this new engine and to write a new IMAP engine from scratch,' he told Ars. 'Secondly, Letters was going nowhere.' Ars confirmed that little progress has been made since the initial flurry of discussions got the Letters project off the ground in January.

With etPanKit in hand, and Leca offering to work on UI design and marketing (he has a business degree from French business school HEC), the pair decided to make their own IMAP e-mail client. And they forged ahead 'against most advice of Mac developers around us,' Leca said.

'We kid a lot about it, but the Mac needs a great, alternative e-mail client, and in our coding fantasies we always talk about making the perfect one,' Panic's Cabel Sasser told Ars back when Letters had just been announced. 'What holds us back are only dumb, boring business things: it would take a lot of work, and we're not sure the return would be worth it.'

The problem most developers fear is competing with Apple and 'free'—Mail is already an adequate e-mail client for most users, and it comes free with every Mac.

But Dinh and Leca are prepared to put in the work to make Sparrow a viable alternative on Mac OS X. Leca said neither he nor Dinh have slept much since the initial beta was released earlier this week.

'Sparrow was a DIY project until it was released—the existing version is kind of a draft,' Leca told Ars. 'Now, given the way people have reacted, we'd like to 'professionalize' our approach and perfect the code and UI.'

Leca said that many users have been filing very precise, very useful bug reports, and Dinh has been working diligently to address them. The current beta is very limited in both features and server compatibility—in fact, it only works with Google's Gmail. Dinh told Ars that Gmail has some quirks in its IMAP implementation, but it's also very popular, so he decided to focus on compatibility there for the initial beta. Several feature requests are already being worked on for the next beta, too.

The UI of Sparrow was heavily influenced by Twitter and Mail on the iPad. 'We felt that the iPad mail app was almost perfect,' Leca said, 'and that we would like to have the same one on the Mac.' He even asked Twitter developer Loren Brichter if the pair could use the 'magnificent' sidebar design from Twitter, and Brichter gave them his blessing.

If you have used Tweetie for Mac or Twitter for iPad, you can see the influence right away. The largish icon buttons along the left side let you access your inbox, starred items, sent items, drafts, and trash. Along the top, a row of large icon buttons lets you compose, reply, archive, or delete. And you can easily search through all your mail, wherever it's filed.

Your mail is then listed in a column, much like tweets are in many Twitter clients, showing who it's from, the subject, and the first two lines of the body. This lets you quickly scan your e-mail and address the most important items. Then you can double-click any e-mail in the list to open the full text in its own window. Alternately, you can expand the window with a button on the bottom right; selected e-mails open in a preview pane to the right. All the actions also have easy keyboard shortcuts, many of which are identical to Mail, making it easy to use without taking your hands away from the keyboard.

Right now preferences are very sparse. You can make Sparrow your default e-mail client, play a sound for new messages, and turn on Growl notifications. You can also add additional Gmail accounts, and switch between them using the sidebar on the main window.

Sparrow also includes a menubar icon. This turns blue when you have new mail, much like the menubar icon for Tweetie for Mac. From here you can bring Sparrow to the front or even directly open new unread mail.

The focus of Sparrow is to make e-mail a very minimal intrusion on other work, and to be a very simple and lightweight client. The design appealed greatly to Ars project manager Clint Ecker; if you feel, like he does, that 'e-mail is a poison,' then Sparrow's minimalist interface will definitely appeal to you. It encourages a workflow similar to the one used with desktop Twitter clients: check for new messages, quickly reply if needed, and get back to your other work.

Dinh has already implemented a few changes requested by users, such as adding a 'reply all' shortcut and adding any signature above the reply history (a behavior more common among most e-mail clients). The next builds will add additional keyboard navigation, support for Gmail labels, and add support for IMAP services from MobileMe, Yahoo, and more. Browsing support for archives—a feature already built into the code but hidden in the UI—will be coming soon as well.

Dinh says that at a minimum, he would like to add support for MobileMe and an option to connect to arbitrary IMAP servers, support for Gmail labels, improve performance, and quash any outstanding bugs to prepare Sparrow for 1.0 status. However, neither Dinh nor Leca are ready to commit to a solid launch date.

To be certain, the current beta looks very promising. If you've been looking for something as an alternative to Mail, and are a current Gmail user, we recommend giving Sparrow a try. As with all beta software, there are some bugs and rough edges, but you may find that its unique approach to keeping e-mail management to the bare minimum suits your style of work better than feature-heavy clients like Mail or Entourage/Outlook.

The Mac In East Lansing Mi

The original 1.0 version of Sparrow only supported accessing Gmail accounts. The developers decided to focus on Gmail support for the initial release because much of the UI was centered on Gmail-specific features, and its IMAP implementation has a number of quirks not generally present in standard IMAP servers. Once the initial version was released, however, the team went to work on integrating support for general IMAP.

'Many people were requesting support for IMAP outside of Gmail,' Leca told Ars. 'Especially MobileMe users, and people with custom IMAP.'

Leca told Ars, however, that arbitrary folder mapping isn't yet supported. 'It's already in the works and should be released soon in 1.1.1,' he said. Even still, Sparrow's 'minimal' UI doesn't have an easy way to view different folders outside of the standard inbox, drafts, and trash. '1.1 is transitional in that sense,' Leca said, 'and 1.2 is planned to have an extended sidebar option to view your favorite labels or folders.'

There's more to Sparrow 1.1 than just better IMAP support. The release also includes a few feature and UI enhancements. Sparrow now supports a number of multitouch gestures when using a trackpad for faster navigation of the message list and switching accounts. A new formatting bar aids in composing rich text e-mails. Sparrow also supports contact groups and Gmail's priority inbox, plus you can create a custom signature for every account.

Sparrow's message view now has an option for viewing Gmail's priority inbox, which can be set to only view unread mail in any account, making it easier to see what messages are new or haven't yet been dealt with in some way. A new 'minimal' mode leaves out the message preview, too, showing only the sender and the subject. This makes it easier to view more messages in the the message list at once and scan for important items.

The release includes a revamped database under the hood which Leca said makes Sparrow 'less CPU intensive and snappier,' though we found the difference hard to notice on a new MacBook Air. A number of bug fixes are also included.

Sparrow 1.1 is available now via the Mac App Store, and 1.0 users can download the update for free. Leca told Ars that the 1.1 update for non-MAS customers will be available later today. As an added bonus, we have 10 free promo codes for the first 10 readers that follow @ArsInfiniteLoop on Twitter and tell us you'd like to give Sparrow's IMAP support a try.