From the creators of Bastion, Transistor is a sci-fi themed action RPG that invites you to wield an extraordinary weapon of unknown origin as you fight through a stunning futuristic city. 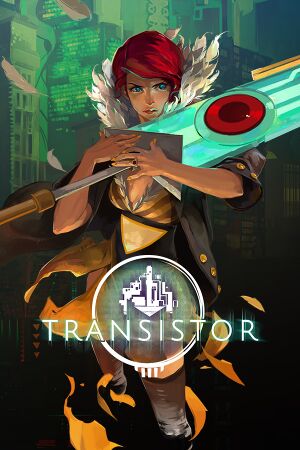 Transistor is an action role-playing video game developed and published by Supergiant Games. The game was released in May 2014 for Microsoft Windows and PlayStation 4, and for OS X and Linux in October 2014, and iOS devices in June 2015. Transistor sold over one million copies across all platforms by December 2015.

Transistor utilizes an isometric point of view. The player controls the main character, Red, as she travels through a series of locations, battling enemies known collectively as the Process in both real-time combat and a frozen planning mode referred to as 'Turn()'. Using Turn() drains the action bar, which refills after a short delay. Until it is full again, Red cannot use Turn(), or any other power (without a specific upgrade). Red earns experience points after each battle, and may collect new powers (called Functions) from fallen victims of the Process. Functions may be equipped as one of four unique techniques, as an enhancement on another, equipped technique, or as a passive, persistent effect during battle. For example, the Function Spark() may be used to fire a wide area attack, equipped on another Function to increase its area of effect, or used as a passive effect to spawn decoys of Red. Red can also collect and activate Limiters, which serve as optional debuffs during combat, but in turn increase experience gained. Both Functions and Limiters reveal minor parts of the story if used for a long enough time.

For the PlayStation 4 version, the DualShock 4 light bar flashes in sync with the Transistor's speech.

In June 2015, the game was released on the iOS App Store with default tap controls configured for the iPhone and iPad touchscreens. In addition, the iOS version of the game includes optional gamepad support. 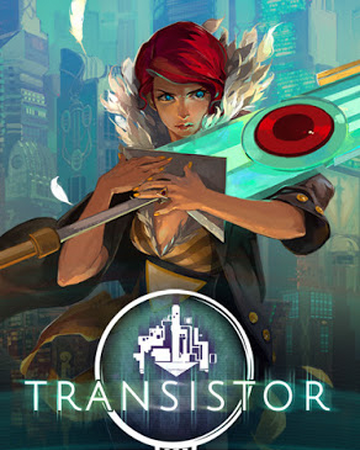 In November 2015, the game was released for the Apple TV and is compatible with the Siri Remote.

Screenshots from the game Transistor